The most versatile model in the Plus series is the Magewell USB Capture DVI Plus, which captures DVI, VGA, HDMI, component and CVBS. It is definitely an ideal tool if you have classic video/gaming equipment such as a DVD player, PS3, Xbox 360, or if you need to capture from medical imaging equipment with various resolutions. Max input resolution is 2048×2160. It can deliver the captured video to the computer at up to 2048×1080 or 1920×1200. The Magewell USB Capture DVI Plus, can capture video up to 1200p60 through its DVI interface – and also has line-level, analogue audio input and output.The DVI model can also capture HDMI signals with embedded audio, as well as VGA or component analog video signals, with the use of simple adapters.

Functioning as a plug-and-play dongles, the interfaces have a driver-free design and automatic input detection, making it possible to use desk top, laptop and other types of computers to capture professional video and audio signals through a standard USB 3.0 interface. They support Windows, Mac and Linux operating systems and are compatible with most of the commonly used streaming, encoding, live production, collaboration, and video conferencing and lecture capture software.

Utility V3 is a free software for USB Capture and USB Capture Plus devices. Users can easily check and set the capture-related parameters, upgrade the firmware by themselves and export info needed for technical support with the help of the Utility. 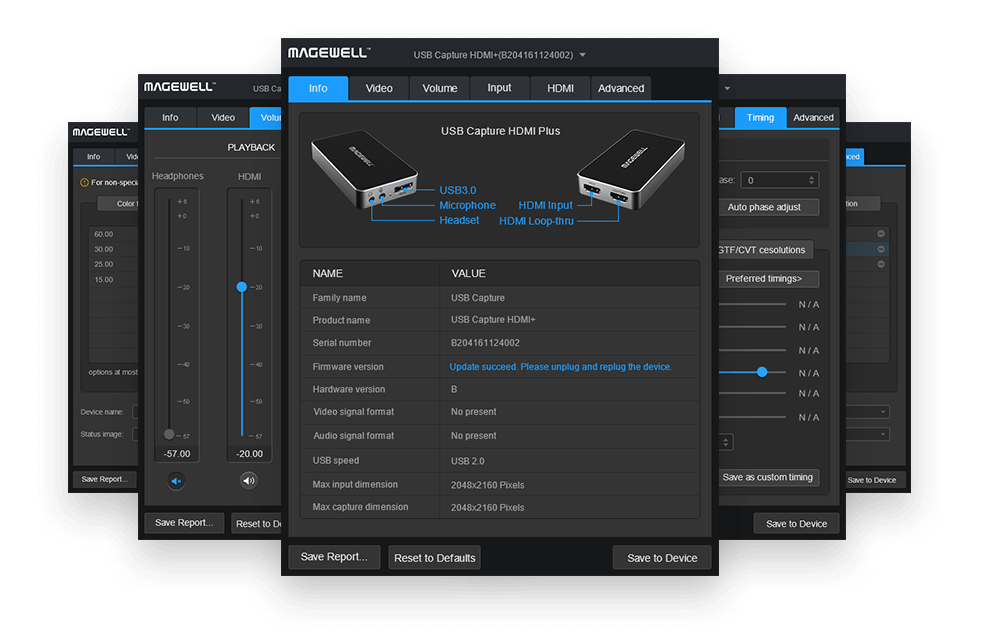